A downloadable game for Windows

Fight through the Emu War of 1932 in an alternate universe where emus have access to miniguns and bombs.

Rewrite history by fighting through the fictional battles based off of the real war (yes, this is a real war).

Experience the war in an FPS parody game!

*NOTE this is the games DEMO not the full version. Please keep this in mind while playing. Also please read the two .txt files included in the game folder.*

Please contact me if you have any questions or feedback on the game.

Are you a content creator? Please, make a 'let's play' of the demo and send it to me! (Give full credit to me, of course.)

Live through the epic fights of The Great Emu War! Destroy Emu bunkers, collect their intel, and stop them from raiding Australia's beautiful farms. Be careful though, Emu's are more armed than we are.

This game is going to parody The Great Emu War, a war that Australia's army started when getting complaints of Emu's eating farmers crops and preventing them from planting crops. Of course in the real war, the only reason the Emu's won was because they could outrun the army. In this version, the Emu's have miniguns, bombs, and all this other crazy modern stuff. This is no generic FPS, well it is. But this is... THE GREAT EMU WAR.

*Note that the current form of the game is pre alpha. I am currently working on a prototype which will then be followed by a full make of the game. Any screenshots or videos do not reperesent the games finished state.*

I am currently working on a concept prototype for the game. The prototype does not reperesent the games final state. Obviously, this is just to get my idea out there. I will be changing and improving gameplay as well as improving the games graphics. So when looking at future videos and screenshots or if you will play the prototype, please know that the graphics will suck and the gameplay won't be too great.

Powered by Unity, textures from www.CGtextures.com, gun sounds made with iGun (mobile application), models made with Blender, textures edited with GIMP, sound edited with Audacity, all music written/preformed/recorded by Crawler, based on the Great Emu War (war in Australia, 1932), special thanks to Xavi and his Twitch chat.

This game has been in development since July 2014, and has seen lots of changes which led to an incomplete release. This demo has the potential to be just the start of The Great Emu War game, but user feedback will help decide that.

I am Crawler (as I go by online) I am a student and a self-taught hobbyist game developer. I am very into shooters, war history, and comedy; this is mainly what led me to base a game off of the Emu War. The game's graphics, gameplay, and story have changed a ton over the 8 months it's been in development. I'm not too happy with how it turned out, but hopefully the public will enjoy it more than I did.

*NOTE: DO NOT MOVE THE .exe FILE OUT OF THE FOLDER, ONLY THE SHORTCUT* 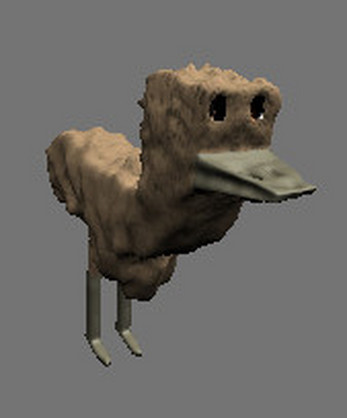 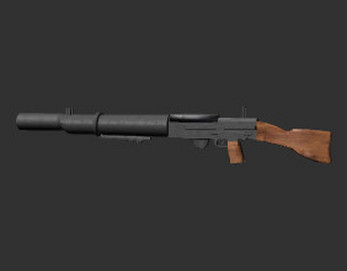 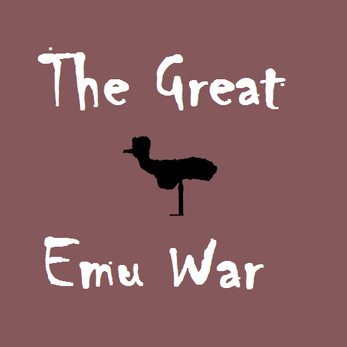